Misfuelling is a huge problem for just about any driver. While a cautious driver will rarely end up having issues with wrong fuel being poured into their car, the problem may still occur. Although the consequences of doing this are huge, we can prevent them by being aware of petrol in diesel car symptoms. As already noted, having petrol in your diesel car will have some apparent side effects. These may be warning signs of greater problems to come. Initial repairs may still be on the lower end when it comes to cost, but letting the problem develop even a little bit you’ll suffer huge costs. [1]

A diesel car with petrol poured into it will not be quiet. Accelerating after petrol has been poured into a diesel car will lead to very loud knocking sounds coming from the engine. Weird sounds will be your first and most apparent warning. However, it’s far from the only one.

Excessive smoke coming from the exhaust

The next sign that something is wrong will be from the exhaust. There will be a huge amount of smoke produced by the exhaust. The smoke itself will be very deep black. It’s the side effect of petrol not burning correctly in diesel engines.

While older cars and certain vehicles tend to release a lot of smoke, it’s different from having petrol in a diesel car. However, there are always other symptoms to confirm the issue.

Everybody will know full well how their car accelerates. Acceleration is something we do each time we drive, and it takes very little time to see when something is off. When petrol is poured inside of a diesel engine, the symptoms our acceleration will experience are even more obvious.

Namely, accelerating becomes quite difficult. You won’t get much thrust from the engine no matter how hard you try, and RPM will not go above 2000. [2]

With these symptoms, you should be able to note the problem before the engine gets damaged more. Even a short drive may be enough to feel these factors kicking in.

If any symptoms appear, it’s healthy to be suspicious about the fuel we currently have in our tank full of gas. Let’s check how to investigate it further.

How to detect and resolve petrol in a diesel car Thankfully, we aren’t left incapable of doing anything when a problem occurs. We can do some investigative tricks to confirm whether petrol has been poured into our tank. Whether these prove us right or not, we should be privy to some available solutions.

While we are often quick to throw receipts away, this is one of the cases where they may come in handy. The receipt can tell us if the fuel we paid for was petrol or diesel. Often, even if a mistake is made in pouring the fuel, the bookkeeping end is accurate.

This is your first check, but it shouldn’t be counted as conclusive evidence. Not to mention that sometimes we may throw the receipt away or not even receive it, the latter being a whole other can of worms. So make sure to conduct some other checks to get the full answer.

Check how the fuel smells

The simplest DIY action you can take is to smell the fuel from the tank. Don’t inhale too hard because either type of fuel can cause slight health problems, but ensure an accurate reading of the smell.

Open the fuel cap and check the smell. Petrol has a recognizable acrid smell to it. Even those who do not frequently get in contact with petrol may be able to note the scent even when it’s only a small part of the atmosphere we breathe in.

Benzene is the key factor for this recognizable smell, which may prove helpful in quickly concluding your investigation. [3]

Diesel has quite a different smell from petrol. For starters, the texture is more akin to that of oil. The scent itself is more similar to kerosene, although, depending on diesel’s quality, it may have the smell of rotten eggs.

These two smells are quite distinct, so smell tests are a safe way to conclude if there are some fuel issues present.

How to drain a fuel tank? 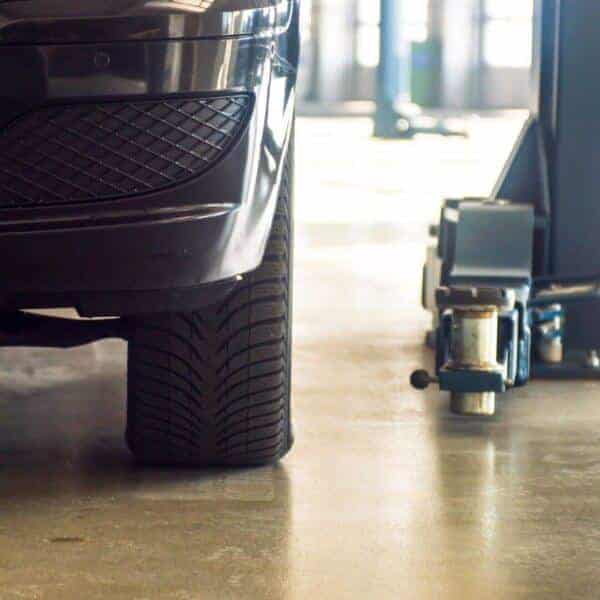 Draining a fuel tank may be the optimal DIY solution if we do have the wrong fuel in our tank. However, it takes some knowledge to execute it properly.

We need a fuel storage can, a long thin screwdriver, a siphon hand pump, and a rag to clean the spills. Feed the siphon tube into the fuel tank. Take your time and slowly feed it into the tank, bit by bit.

Use the screwdriver if a flap on the tank may stop the siphon tube. Next, start pumping the fuel out with the siphon hand pump and the tube, removing it from the tank. This may still leave your fuel system needing a proper wash at the mechanics but will lessen your chances of complications.

Make sure to wear safety glasses to avoid potential harm. Once you pull the drain plug located near the fuel tank, get the drain pan ready. Allow the fuel to drain until it’s all gone from the tank. Once the fuel has been emptied, replace the drain plug and make sure to clear everything up.

Difference between petrol and diesel car To those unfamiliar with cars and different fuels, it may be hard to distinguish the differences. However, these are quite important for understanding the danger of petrol in diesel cars and overall engine behavior.

Aside from fuel, these engines differ in how they operate. For example, a petrol engine utilizes something called the Otto cycle to work. It is a typical cycle for spark-ignition piston engines. This spark-ignition system is used to light the fuel, in this case, petrol, and produce energy.

The petrol engine has a four-stroke cycle. The operating procedure starts with the intake of fuel and air. Next up is compression of the mixture, then the fuel combusts, and the exhaust gets rid of the exhaust gasses.

There is still the four-stroke system with a key difference. Rather than having a combustion stroke, diesel engines have a power stroke.

The diesel fuel is sprayed into the combustion chamber via injectors during this stroke. After which, it ignites from the hot compressed air from the compression step.

The key difference is that the air and fuel aren’t mixed before combustion but rather during it, with the injectors delivering fuel to the chamber.

The difference in operation leads to a huge difference in required fuel. For example, the petrol engine requires volatile fuel, which can easily combust in the mixture, while diesel requires more lubricating fuel. The lubrication is required for the fuel to better go through the injectors.

With the different fuel types, we may aim to achieve other things. Fuel efficiency is a pretty common concern. The more you drive about, the more of a factor this factor is. In this respect, petrol care has lower fuel efficiency than diesel.

Diesel is usually considered the best choice for those seeking to save money on fuel. Not to mention petrol is more expensive when it comes to fuel prices, which means you’ll be saving even more with diesel.

Can a diesel car run on petrol? It can be for a short time, but you shouldn’t do it. While petrol is unsuited for diesel engines due to different ways those utilize fuel, it can still generate some energy. Hence, the machine can still run for a few minutes despite disastrous consequences.

We reiterate once again: don’t put petrol in diesel engines. The worst symptom of this is that petrol will cause severe engine damage. Furthermore, petrol will reduce the lubrication of your car parts, which can result in fuel systems suffering irreparable harm.

Among the aforementioned symptoms that can warn you about the presence of petrol in the tank, there are a few imminent side effects. First, the inside of the car will start to smell due to poorly burnt fuel, noticeably bearing that acrid petrol smell. It’s likely to be followed by chugging and complete shutdown of the engine.

Petrol in diesel car how much to fix?

Of course, all of these symptoms are pointing to some awful damage that you’ll have to repair. These repairs do not come cheap. Early signs of misplaced fuel should be taken with utmost seriousness because of the pricey repairs we may run into.

It’s estimated that the average repair cost is about 7,000 dollars, but it can easily get as high as 17,000. These staggering prices are no different in the UK, where the cost of paying for such damages can be as high as 9,200 pounds.

The symptoms spread out before should be the warning signs to immediately listen to. Whether it’s smoke, smell, bad performance, or any of the other frequent factors, we should take action. Failure to do so will result in us having to pay the immense repair costs listed above, often with some extra issues cropping up.

How to stop putting petrol in a diesel car?

While care and discretion are required in order to avoid misfuelling, it’s nice to have some additional ways of mitigating the possibility of it occurring. Thankfully, there are a few options for doing so.

A simple colored cap that had a warning sticker on it may be enough for some. This type of misfuelling prevention is cheap and easy. Pick the color based on the color most associated with the fuel you pour to further reinforce the association.

It’s possible to prevent fuel from entering the fuel tank too. Filler-neck devices can achieve this with no problem. These neck fittings are capable of preventing narrow petrol nozzles from entering the neck and pouring down the wrong fuel.

The item can sometimes filter out fuel nozzles that are fitting for the tank but, for whatever reason, are still filtered. Oftentimes, the thickness of the nozzle will be the reason, but when such situations occur, it’s possible to remove the item or pour it from another nozzle.

Petrol in a diesel car is something we simply shouldn’t do. The danger this presents to our engine is immense and will often result in costly repairs. The symptoms of misfuelling will be more apparent, so make use of that to avoid heavy problems.

Keep in mind that discretion and care are the best prevention to this problem but not the only ones. Various forms of prevention, such as differently colored caps or neck fitting devices, are great at preventing the problem before it occurs. Make use of them and keep your car safe.