Have you ever heard of a Honda Civic stolen without keys? It is not a strange occurrence for most Honda drivers or ex-Honda drivers. But why are these cars easily stolen?

Stealing cars without keys is an act known as relay theft. It is very common in large metro cities and areas. But the most popular cases are Honda Civic thefts, according to the NICB.

You know what a key fob is, right?

Many who operate Uber know how it makes the Uber experience more convenient. But do you also know it somehow makes your car vulnerable to theft? Even without keys?

In this article, you will see why Honda Civics are stolen so much and why they are easy to steal. You will also see some security tips you can use to prevent your Honda civic from being stolen. Most relay thefts work on the mechanism of how key fobs operate. So to understand them, you need to know how the key fob works.

A key fob, or keyless entry, works by using radio waves that have a short wavelength in transmitting signals to your car. These key fobs are designed specifically for a unique car like your conventional car keys. So, instead of a key pattern, they unlock with transmitting signals. So whenever your car receives the signal, it unlocks. [1]

Sounds safe, right? But it is usually not. Once someone with ill intent recognizes that signal, it becomes very easy to unlock and steal your car.

How is that done?

Very simple. Two power or signal amplifiers are needed to pull this off. One close to the possible location of the key fob and the other close to the car. That way, the car would be deceived into thinking the key fob is closed and opened.

This is basically how most new car models with key fobs are stolen.

However, don’t think you are safe because you drive an older version of Honda. Although Honda Civics are generally good in terms of maintenance, reliability, and durability, they are not that secure. So, your Honda Civic might last long and won’t strain your budget, but it is very easy to be stolen.

Statistics believe that Honda Civic is one of the most stolen cars, with more than 34,000 Honda Civic stolen in 2020 alone.

Most of the time, people with ill intentions are online reading and mastering the acts of stealing cars. They even learn how to unlock the Civic without keys. So it’s not strange to see headlines that say “Stolen Honda Civic Found!”

In most cases, without some of its parts intact.

Why is that so? According to the National Insurance Crime Bureau, NICB, Honda Civic is in the top 3 of the top ten stolen cars in the United States. [2]

Why is the Honda Civic Stolen So much? Come to think of it, is Honda Civic the only Honda easily stolen?

No. Apart from Honda Civic, another Honda that is a thieves’ favorite is Honda Accord. In 2017 alone, the car was stolen over 43,500 times.

There is something you should know about these car thefts. A little above 6,300 of these cars were Honda models of 1997. It would make you wonder. Why steal old models of cars instead of the newer ones? It could be because the thieves love vintage. Or perhaps, because the 1997 Honda models didn’t have immobilizers.

So car thefts were high when we had few anti-theft mechanisms to ensure car safety. But what about now, when we have Engine Immobilizer technology and RFID keeping your cars safe?

Most cars are stolen because the users forget to lock their Honda Civics or leave their keys. All good reasons. But your Honda Civic can still be stolen without keys.

Some reasons for Honda Civic car thefts include;

Are Hondas Easy to Steal?

Stolen cars could be a common thing with Honda Civic, right? Guess you’d be surprised to hear it’s not the one affected. It also affects Honda Accords and most Honda cars.

For instance, in 2020, more than 34,000 Honda Civics were stolen, almost 31,000 Honda Accords and about 12,300 Honda CR-Vs were stolen. Some say it’s a Japanese car problem, especially the older models that lack immobilizers and other car security measures.

Which Hondas are easy to steal? Yes, Hondas are very easy to steal. But not all Hondas can be or are always stolen. Some key features that increase the possibility of your car being stolen include:

The model of the Honda Civic: the older the model, the easier it is to be stolen.

The color of the Honda: according to a report, the most stolen Honda’s are silver in color, then black, followed by white. Gold Honda Civics are stolen, but not as much as the rest.

Are these all that make your Honda prone to car theft? Yes. These and some of the reasons we already mentioned above. In addition to this is the area you live in.

For instance, in major metro cities, Honda Civic and Honda Accord are most likely to be stolen. While in places like Florida or Texas, car thefts don’t go after Hondas. They have their favorites, which are trucks and pickups. The older, the better for them.

How to Prevent My Honda Civic From Being Stolen Whether your Honda Civic uses Keys or not, there are several measures you can put in place to ensure its safety.

Some of them include:

All these safety measures would help make your car much more secure. They might be helpful but wouldn’t deter a determined car thief. It might slow them down and increase their possibility of being caught.

Auto manufacturers have spent a lot of time designing features that will limit vehicle theft in their various cars. However, car theft still seems not to be ending anytime soon. Daringly, car thieves seem to have focused on keyless relay cars.

However, Car theft is not just reserved for keyless cars alone. Older Honda Civics still running with keys are also the favorite target of vehicle hijackers. [3]

Nevertheless, combatting car theft requires a combination of the car makers’ features and your ingenuity. Indeed, car theft cannot be averted. Still, you can do your bit to ensure that your vehicle doesn’t become part of the statistics.

Tips to prevent your vehicle from being broken or stolen The following suggestions scoured from trusted internet forums can help prevent your vehicle from being broken into or stolen. 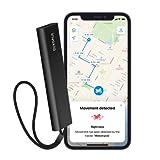 If you’re planning on getting a car with a manual transmission, you should consider the latest Honda Civic Sport. The car has a 6-speed manual transmission, including Android Auto, Apple CarPlay, and unique Sport Pedals. And it is a lot safer. We also suggest insuring your car from day one.